Samgyeopsal took Cebu by storm in mid-2010’s. Several Korean restaurants started popping up in main  street corners, and everyone was posting their Samgyeop brunch and dinner stories in their socials.

But what most people probably didn’t know is that the grilling-meat-on-the-table eating trend began much earlier. And it wasn’t Korean – it was the Japanese grilled meat called Yakiniku that started it all. 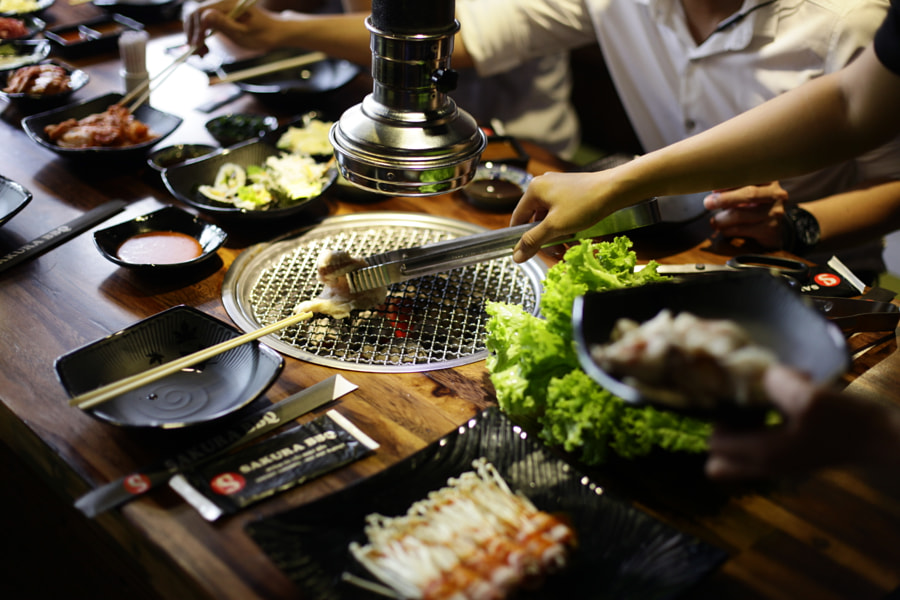 Yakiniku is the Japanese variant of Samgyeopsal. It is grilled meat that is cooked and enjoyed in a similar manner as Samgyeopsal. It originally referred to western “barbecue” food, and this eating tradition started in as early as the late 19th century.

Like Samgyeopsal, there are many different kinds of yakiniku. Most forms come in beef and pork slices.

How to eat in a Yakiniku Restaurant

Most Yakiniku restaurants are set up the same way, and bear very close resemblance to Samgyeopsal restaurants minus the chairs as people squat on the floor as opposed to sitting down. 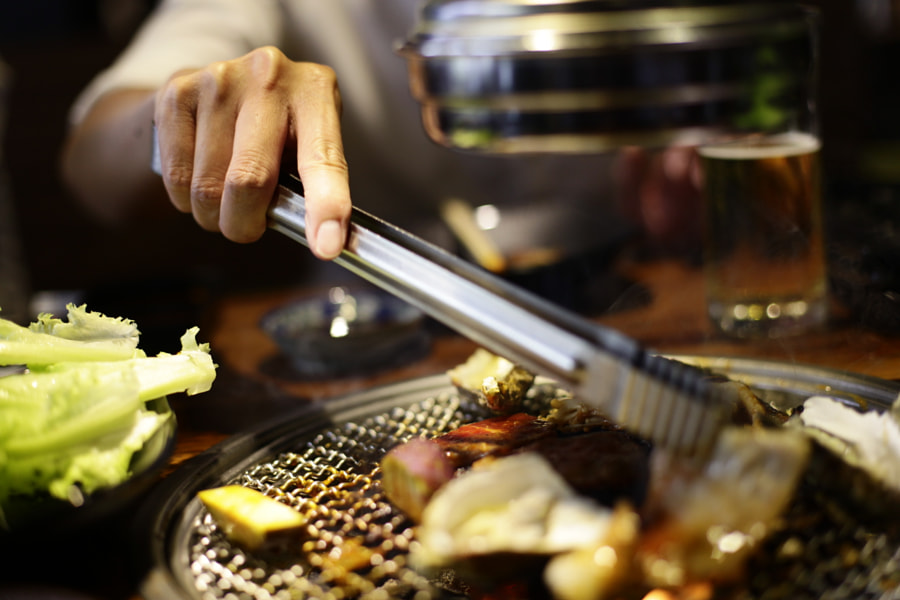 For those who are unfamiliar, here is the general walk-through:

Upon arriving at the restaurant, you will be led to a table or a booth.

There will be a grill in the middle of the table, and it comes with a smoke extraction system right above it. The grill can either be gas or charcoal.

Then, a menu will be given to you by one of the attendants. It will be filled with pictures of the menu items and Japanese and English names. 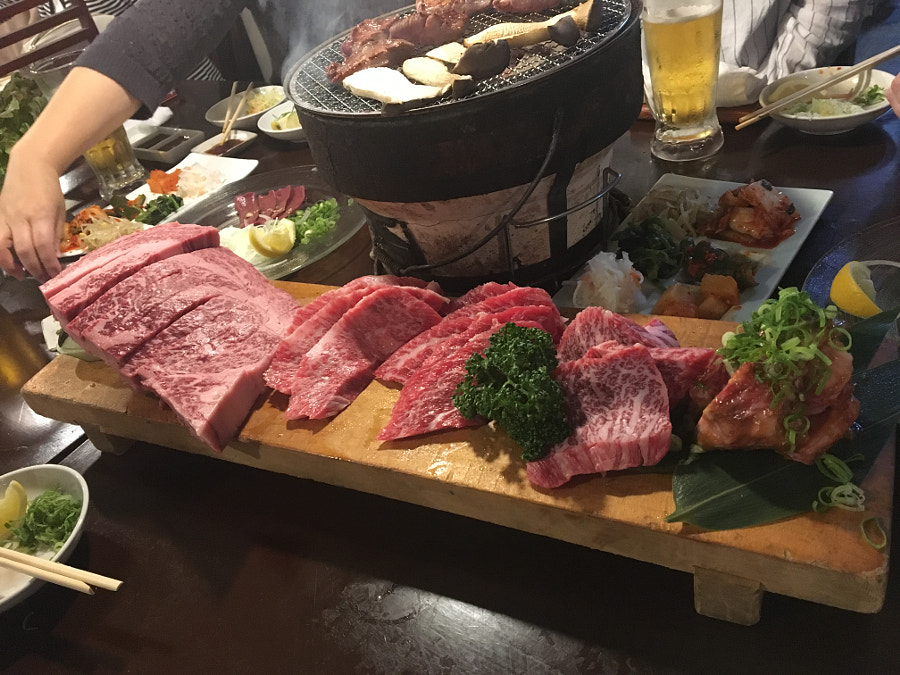 From the menu, you can choose which yakiniku meat you want to grill. There’s Kobe beef, Mishima beef, Omi beef, Matsukasa, Sawa, and more.

Most yakiniku are beef cuts or wagyu, but there are also pork cuts. There will also be options for sides, noodles, vegetables, salads, soups, and beverages including alcoholic ones like sake.

Once your order is delivered, you will be left to cook your food. You can start grilling meat and enjoying other items on your table. Hit the buzzer on the table for more orders or concerns.

The key difference between Samgyeopsal and Yakiniku, aside from the absence of chairs, is the fact that Japanese barbecue isn’t marinated. You dip the meat in sauce or tare before eating it.

Wakamatsu Yakiniku is a Japanese buffet restaurant with an a la carte dine-in experience. They offer not only Japanese buffet but also Korean and Korean grilled meat and dishes.

The restaurant started as early as 2010. Located in Mabolo a hundred meters from Castle Peak Hotel, this restaurant has silently gained a cult following among their loyal customers.

Wakamatsu Yakiniku was one of the first of its kind here in Cebu, and to this day they still have their long-time patrons who have nothing to say about the restaurant but good food and excellent service.

Wakamatsu Yakiniku’s rates as of February 2021 are as follows:

How to Make Puso (Hanging Rice)